The Feast of Jesus the Lord and Giver of Life

I book my calendar almost two years in advance.  There are some dates that are the same every year and so in my Google calendar they are in there for all eternity.  All of those dates are celebratory days – Christmas, Easter, birthdays, and anniversaries.  But there is one day that is in my calendar that I pray will soon be deleted and that is the date January 22.  It is the day that the Supreme Court of the United States issued Roe v. Wade, the decision that legalized the murder of over fifty seven million preborn children.  This year in the United States one million sixteen thousand, five hundred babies will die in an abortion mill somewhere in the United States.

Those figures are nothing in comparison to the worldwide figures.  Since 1980, one billion, three hundred and fifty seven million, two hundred and ninety seven thousand children have been murdered.  This year around the world thirty seven million children will die from abortion.   That is roughly eighty thousand a day.

These figures are larger than the populations of entire countries.

Some in the Church want to suggest that speaking out against the holocaust is too political for the Church.  Some even suggest that because the Church speaks about abortion we are either losing members or the millennial generation will not listen to us and come to faith in Christ Jesus.  I don’t believe either of those is true.  What I believe is that abortion is the moral issue of this generation and will remain the moral issue until abortion is not only illegal but is something we cannot imagine ever happened or doing again.  Abortion is not a choice it is evil.  Evil must be defeated by the truth of love.

The International Communion of the Charismatic Episcopal Church has a major voice in the Pro-Life community.  Many of our leaders in the Church are also leaders in the Pro-Life movement.  Thanks to the work of Fr. Terry Gensemer a generation of younger men and women have been equipped to continue the battle until January 22 is merely another day of the week or as one calendar suggests, “National Blonde Brownie Day.”

I do know that as we preach the Good News of Jesus – who came that we might have abundant life – that lives are transformed.  When the Gospel is preached broken lives are made whole.  The sick are healed.  Those in bondage are set free.  And those caught in the grips of sin are forgiven to discover the mercy of God.

CEC for Life not only works to end abortion, it also reaches out, along with other groups, to bring healing and forgiveness to those who have had abortions and even to those who have been part of the abortion industry.  This work is critical.  It is the work of life.

Mark the calendar to not only keep the feast day, but also to take the offering.  I will be with you in prayer. 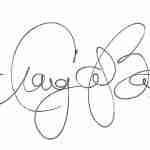 The Most Rev. Craig W. Bates,