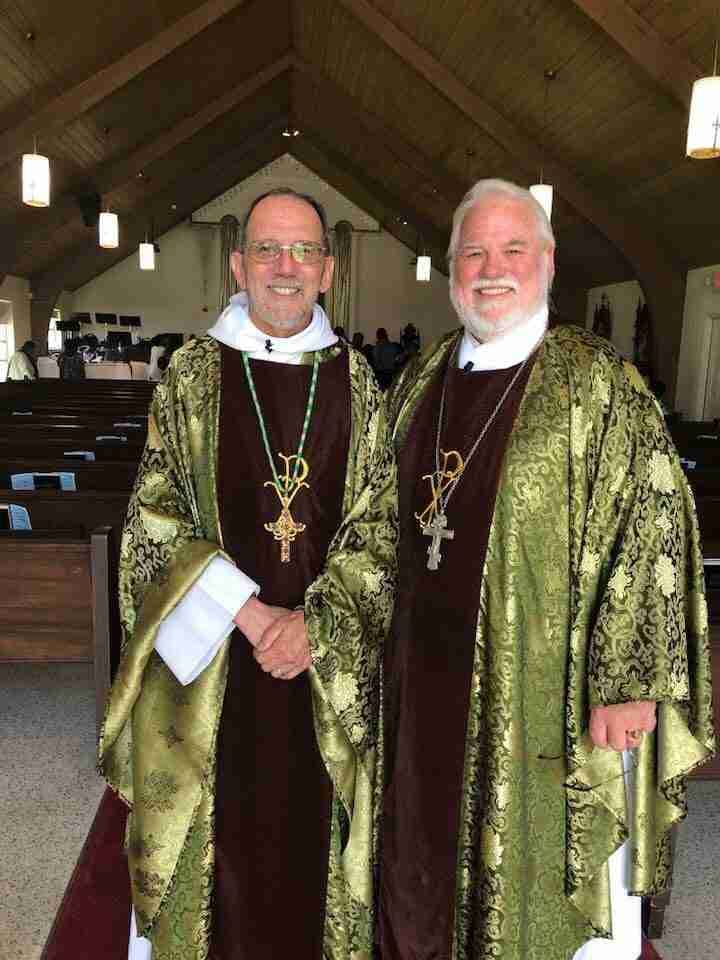 The Cathedral of Christ the King, Sharpsburg, will celebrate its 23rd anniversary as a church on Sunday, September 8.  The church began in a living room with 11 people, in addition to the pastor’s family, in Sharpsburg in 1996 and the spent six years meeting in the chapel of Peachtree City’s Carmichael – Hemperley Funeral Home.  The church acquired 11.5 acres of land on Highway 34 near Sharpsburg and, in 2002, moved into their new sanctuary. A few years later, a Parish Life Center was added. In 2007, the pastor, Father David Epps, was consecrated the Bishop of Tennessee and Georgia and the designation “cathedral” was assigned to the church.

In 23 years, there have been 197 baptisms, around 50 weddings, and at least 17 men ordained to the ministry and six persons licensed as Commissioned Ministers The guest preacher for the anniversary service will be the Most Rev’d Dr. David Randolph Simpson.

Add ICCEC to your Homescreen!